Last night, in the midst of a marvellous storm, I sat down and watched ‘Tim Burton’s Corpse Bride’ for the very first time. 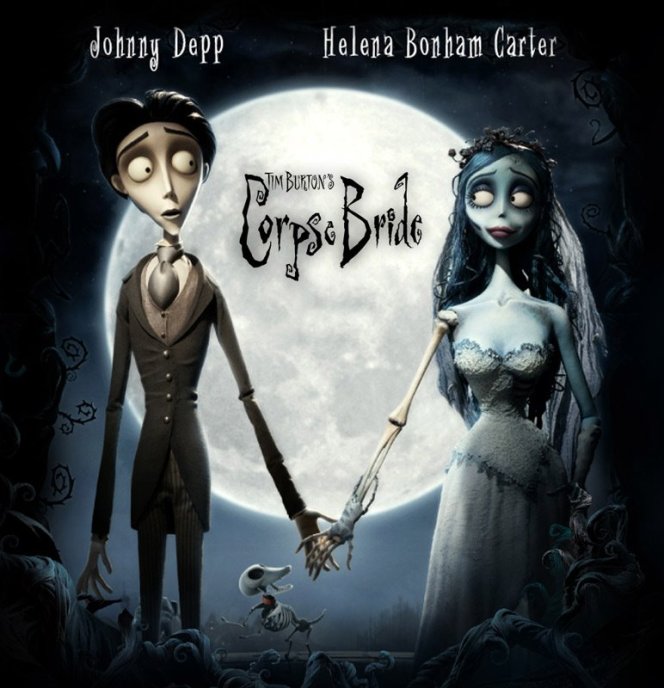 Straight up, I think that this is one of the best films that I have seen!

There are just so many perfect elements to it; not to mention the awesome soundtrack by Danny Elfman! The scripting is especially strong, lots of clever little jokes and puns, and I adore the use of imagery used throughout the film; especially that of the blue butterfly (linked with European folklore and the reincarnation of women who are murdered in especially brutal circumstances).

Absolutely everything I was expecting and much, much more!

It made me realise how much I’d love my own personal theme and for it to start playing whenever I had a film-style moment in life heh! Victor’s theme is probably my favourite of any character’s theme that I’ve come across; including those used in Doctor Who. I shall certainly have to hunt out the sheet music for it!

One of the extras on the DVD is a version of the film with only the soundtrack laid onto it – they take out everything but the music. Last night, after watching the film, I immediately rewatched the whole thing with just the audio track on – absolutely marvellous, though it would, in my opinion, be better if they re-introduced the voices during the songs themselves…

Now, away to buy some of the figures for my desk at work!