First off, I should declare my absolute adoration for Wells’ The War of The Worlds, along with Jeff Wayne’s phenomenal musical version too.

In my mind, the following is true:

No one would have believed in the early years of the 21st century that our world was being watched by intelligences greater than our own; that as men busied themselves about their various concerns, they observed and studied, the way a man with a microscope might scrutinize the creatures that swarm and multiply in a drop of water. With infinite complacency, men went to and fro about the globe, confident of our empire over this world. Yet across the gulf of space, intellects vast and cool and unsympathetic regarded our planet with envious eyes and slowly, and surely, drew their plans against us.

As you can probably guess by now, my review of the 30th Anniversary tour of Jeff Wayne’s Musical Version of The War Of The Worlds (WOTW) is going to be rave and probably littered with equally as bold statements as I opened with heh!

I first started getting excited about the 30th Anniversary Tour last year, and the excitement of going to see this live has been mounting ever since. I wasn’t even as excited about front row centre Kylie as I was about going to this!

From the opening bars of The Eve Of The War, right through to the closing note of  Finalé (NASA), I had goosebumps all over, hairs on end on my arms and neck, and a hand that seemed to think that it was Jeff Wayne’s own heh!

The production was absolutely phenomenal and the surround sound element that they were using in the Arena (for the first time) was definitely beneficial and REALLY made the experience special.

The show itself is an absolute treat for any geek (such as I heh!). The effects that are in use and the tech that go into the show really are to be marvelled at!

For any doubting Dericks, the fact that they have a full scale (and movable) martian tripod that gets lowered down onto the stage, and a fully animated Richard Burton head shows just how advanced this show is in my opinion! All of the CGI shots are also done very well.

As this was the 30th Anniversary tour, they beefed up a lot of the effects seen in the previous tours, however for those unable to make it this time, I really do recommend the DVD of the tour from 2006 (NB – go for the 2 disc version so that you get all the extras!!).

Concert Live have been brought in for the 30th Anniversary tour to make a recording of the show as it happens, and to give you a special 3 disc edition of the show you’ve just watched (or if there are multiple dates, the first date at the venue you’re at). At £20, it is perhaps the most expensive CD I’ve ever bought, however it is also the best in my opinion!! We were very lucky that nothing went wrong and we didn’t have a rowdy audience though heh. If you’re ordering from their website and want a technically ‘clean’ version, I would suggest you pick the London O2 20th June one (which I have).

I have already listened to my CD version twice, and it’s not even been 24 hours since I was sat there watching it! Fantastic quality recording, and the ‘live sound’ makes it completely different to the other recordings available.

The queue to pick up the CDs was absolutely mammoth at the O2. I cannot in quantifiable measure convey how large it was via the medium of text, and unfortunately it was difficult to snap an image! The queue snaked around the main foyer 4 times, and then went all the way outside towards the tube station! I genuinely have never seen anything like it! I suppose that an event such as this lends itself nicely to this kind of merchandising… it was awesome to find that so many people had enjoyed the show so much and really had appreciated it!

You also get an exclusive picture CD with it which contains some pre-shot images from the tour. I have posted these at the base of this post for your enjoyment!

The tour program is a little steep at £15, however also very well worth it! It comes in a lovely vinyl sleeve and really is something that you’ll want to keep forever!

It was great to see that most of the cast were still with the production, and that the small changes to the line-up from the original tours were, in my opinion, for the better. It was amazing to see Jeff Wayne too! Somewhat unusual to find a conductor who is conducting his own work these days I tend to find.

The Jubilee tube line was off when we went to the O2, and so we had to catch the DLR and then a boat shuttle across from East India dock. Needless to say, I was singing ‘Thunderchild’ constantly, and waiting for the O2 Arena itself to turn into a tripod and fire it’s heatray at us! hehe!!

Greg was an absolute new-comer to the musical version (he’d read the novel), and I’m delighted to report that he absolutely loved it! Hurrah! I always worry when I get obsessed with something, such as this, whether I become too blinkered and that other people may not really rate it.

If you’ve still got chance to see the tour in the coming days, GO! It is a little pricey, however it is definitely more than worth the money for a ticket!

All in all, a simply amazing evening, and one that I am sure never to forget! 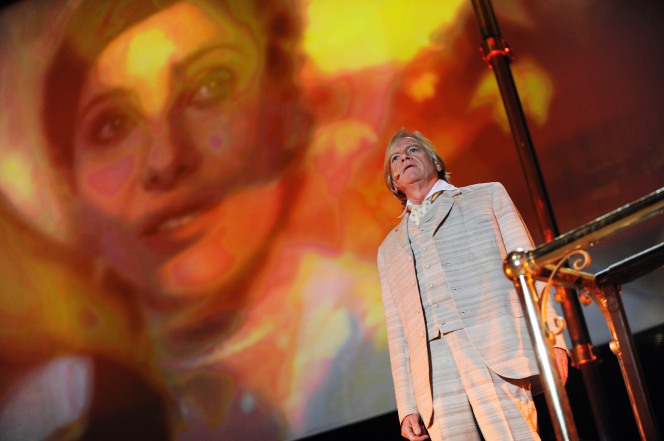 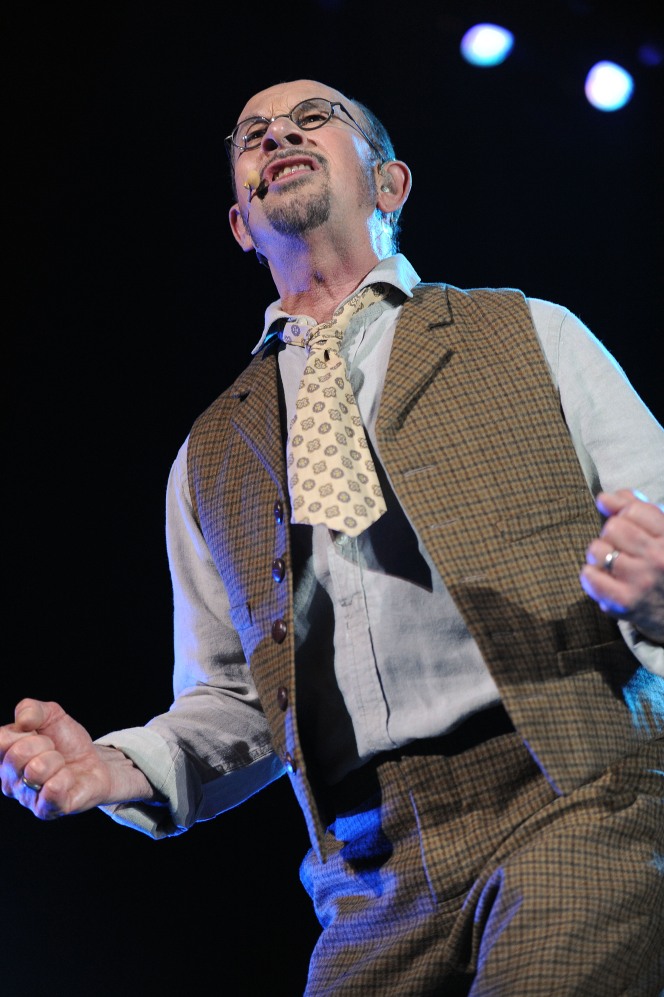 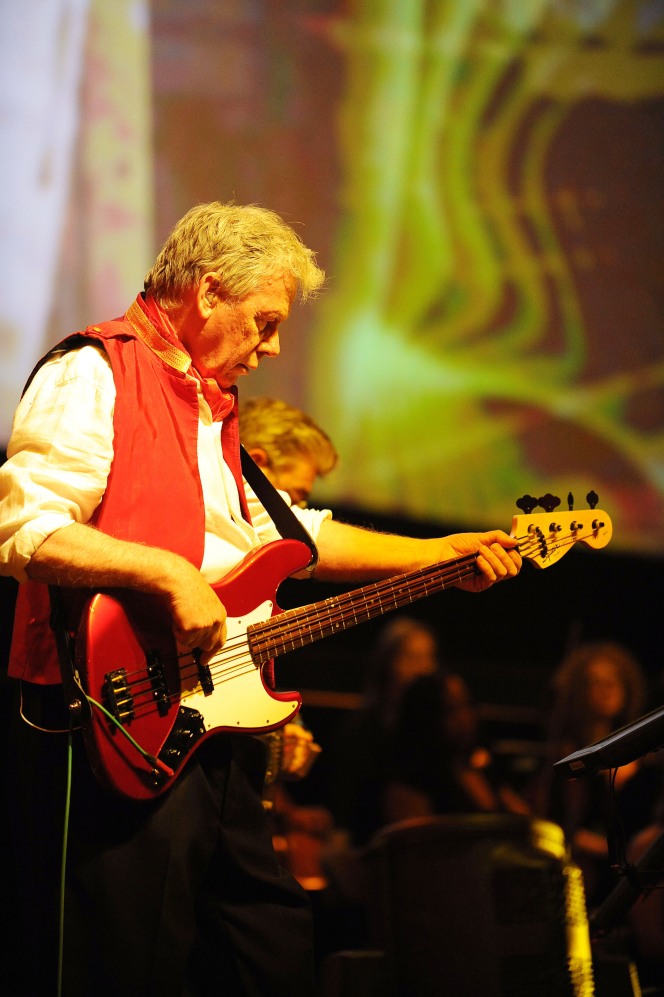 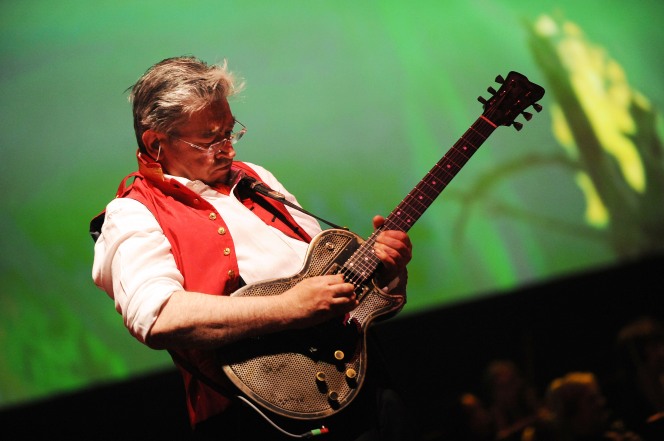 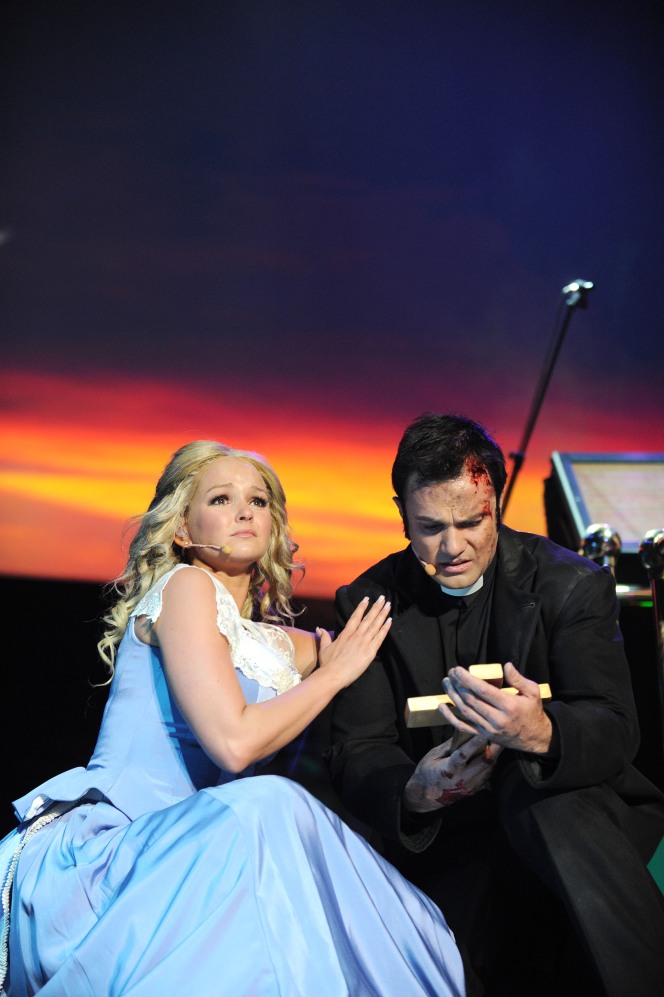 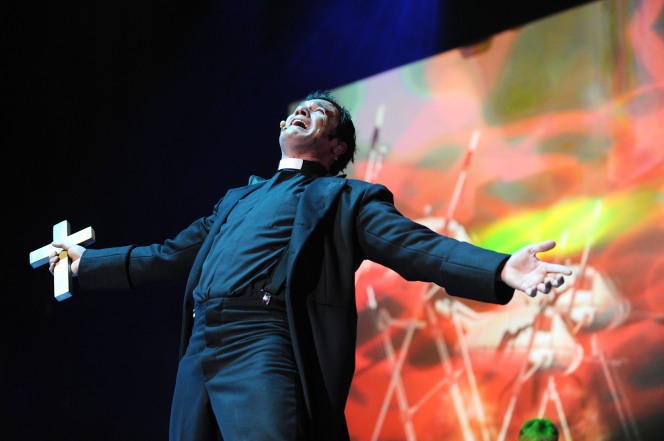 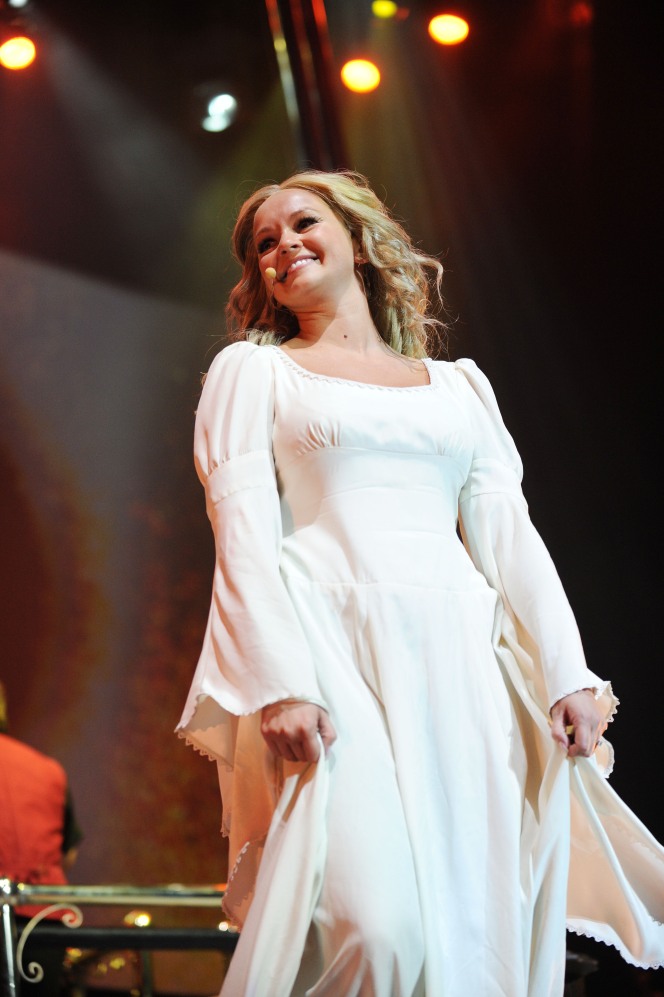 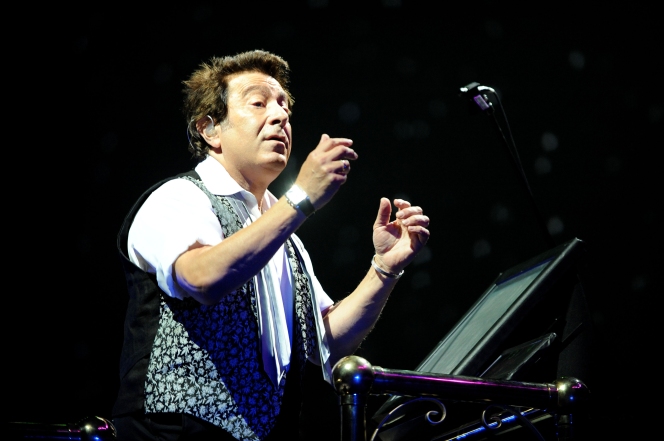