Last night, I went to see P!nk at the O2 Arena, London.

Mister Greg and I are big P!nk fans, and I’d always said that if she went on tour, I’d be first in the queue to purchase tickets. You can no doubt imagine my excitement when a tour was announced a few weeks later!

I grew up listening to P!nk, I was in college and doing the whole ‘teenage angst’ thing at the time that P!nk started releasing the ‘darker’ stuff (compared to the R&B stuff, which I wasn’t too fond of). It seems weird to think that I’ve kind of gone full circle… I’d like to think that I am so much more mature than I was when I used to throw myself wildly around the indie room at Poptastic Manchester to ‘Just Like A Pill’.

To say last night was an audio visual extravagance would be an understatement! The set was absolutely fab (a twisted funhouse, of course in keeping with the latest album), and the whole show was really well produced I thought.  Great costumes, frequent changes, and a great use of the dancers / musicians in the act.

I was stunned with the acrobatics of P!nk and her dancers, but at no time more so than during ‘Sober’ (which is my favourite P!nk track anyway).

How on Earth she manages to keep singing and keep the emotion of the song going whilst throwing herself about 60 foot in the air, I have no idea!

If I had to sum up the staging, costumes and general all round experience, I’d say that it was like going to see Evil Kylie with an added twist of ‘anthemic’ attitude! Production wise, everything was on the same grand scale as you would get with an artist such as Kylie, but with that awesome and unique P!nk twist. 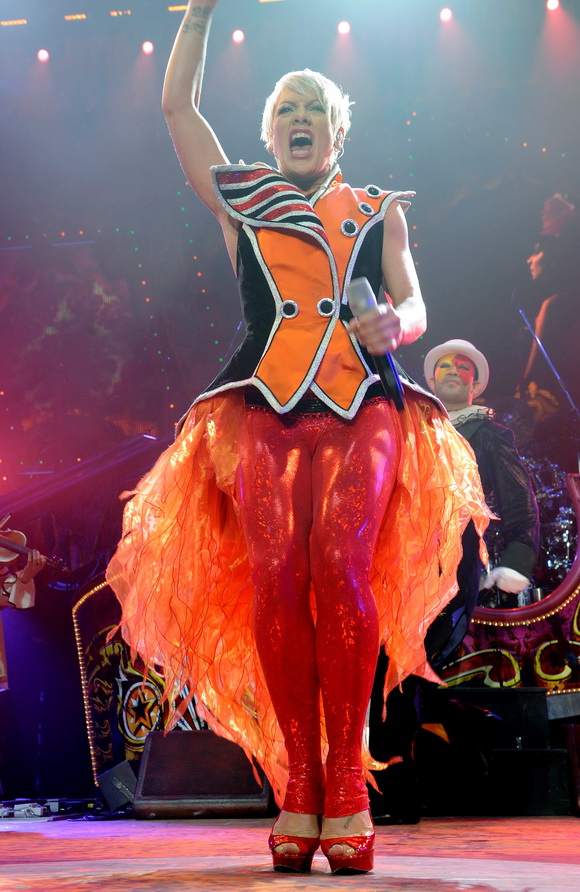 It was fun to see P!nk interacting with the audience and she really did seem to be enjoying herself. I can only imagine how tiring a show like that must be, but her energy on stage was electric.

A great selection of songs on this tour, though the time really did whizz by much too quickly.  I think that a really good balance was struck between old and new, ‘anthemic’ and delicate. I’d forgotten just how much emotion P!nk is able to convey through her performance.

As I say, “Sober” had to be my stand out moment of the show, but highlights would include “Just Like A Pill”; “U + Ur Hand”; “Ave Mary A”; “Glitter In The Air”; “So What” and, dare I say it, P!nk’s cover of “Bohemian Rhapsody”! These were songs that the crowd really got behind and the atmosphere in the arena literally just took off!

As a finale, “Glitter In The Air” was a great choice… I especially liked the staging (see pictures at the end, the ones with the red canopy) – t’was a nice choice to finish with such a lovely song rather than go for something  perhaps more obvious and air-punchy. Unfortunately my battery ran out right at the end, so the above YouTube clip shows the end of ‘Glitter’ that I didn’t manage to photograph.

The general atmosphere at the O2 was awesome… the combination of their fantastic audio set-up, the fantastically punchy music (the ambiance of Sober really is electrifying in a 20,000 seat arena!), and the crowd was one of those ‘wow’ moments! Oh, and of course, it’s always good to hear 20,000 people singing ‘fuck’  as loud as they can heh! Even I had a bit of a dance and did the air punching thing… and alcohol wasn’t even involved, cor! That said, if a P!nk record ever comes on, I’m always one of the first up!

I am seriously considering purchasing tickets to see P!nk again in December (there have been extra London dates announced). Although I normally watch shows at the O2 from our suite,  I’d considered the seating (in depth, naturally!) and reckoned that sitting in Block 112 would be best for this show, largely due to the projected stage. Glad to see my decision was a good one, and it was definitely the better option (standing looked very crushed!).

It would seem that P!nk is going to be spending pretty much this whole year touring, despite having done a lot of Europe already, Australia is next on the cards, before a return to Europe for an encore in the Autumn/Winter.

Even now, sat at work 24 hours later,  I am still buzzing from the gig, and very few shows that I have been at have managed to sustain that effect! (and believe me, I’ve seen a lot!)

If you’ve got the chance to see P!nk, take it! You definitely won’t regret it!

I managed to take 283 pictures of the show (erk!). I have included a highlighted selection of them below:

(click any picture to bring it to full size) 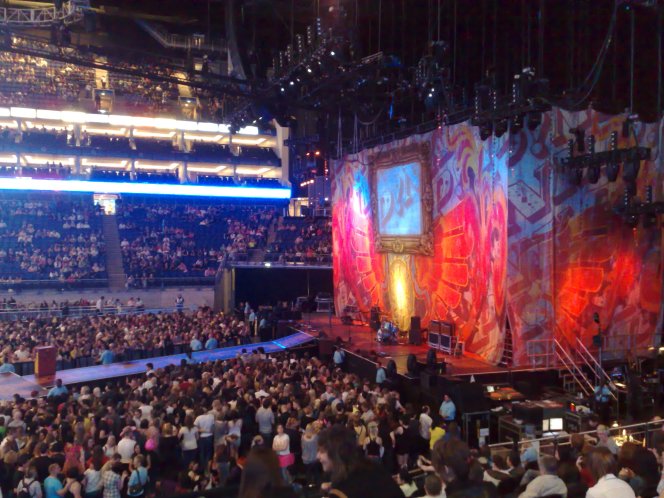 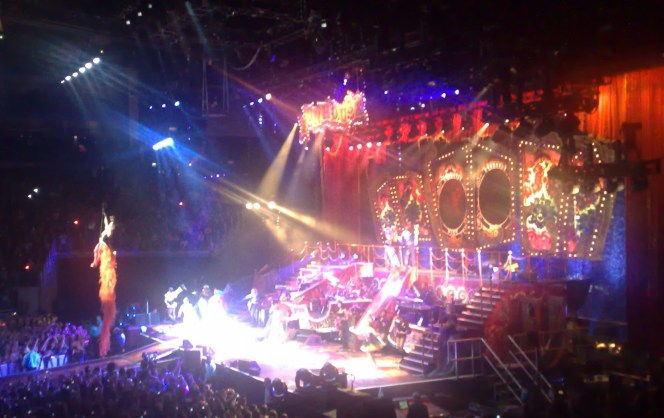 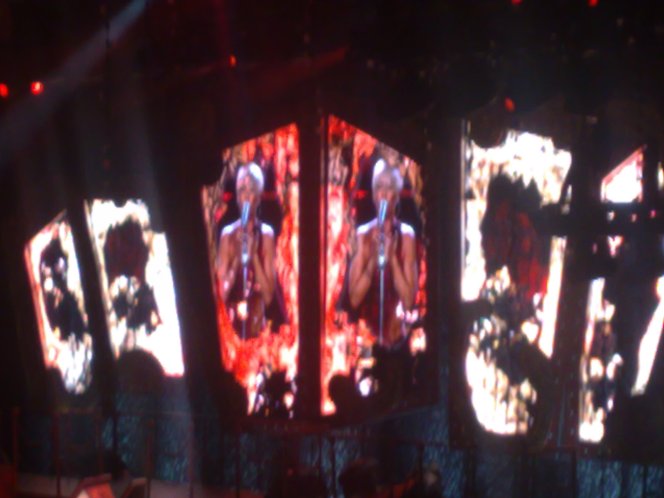 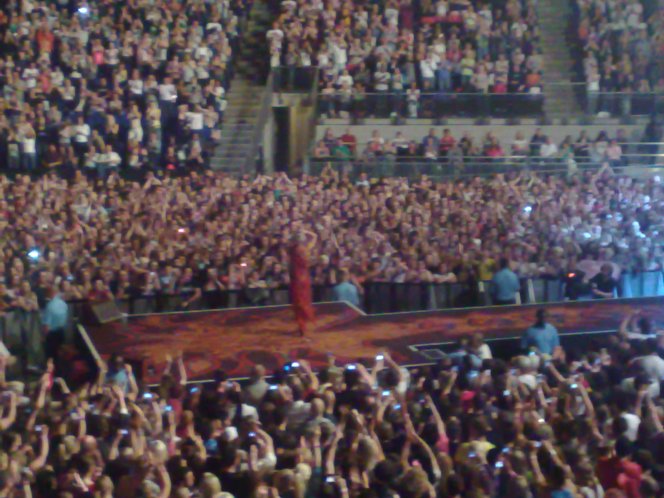 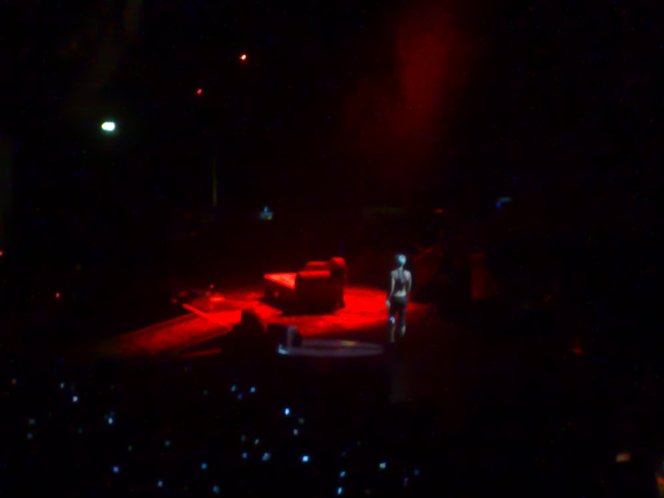 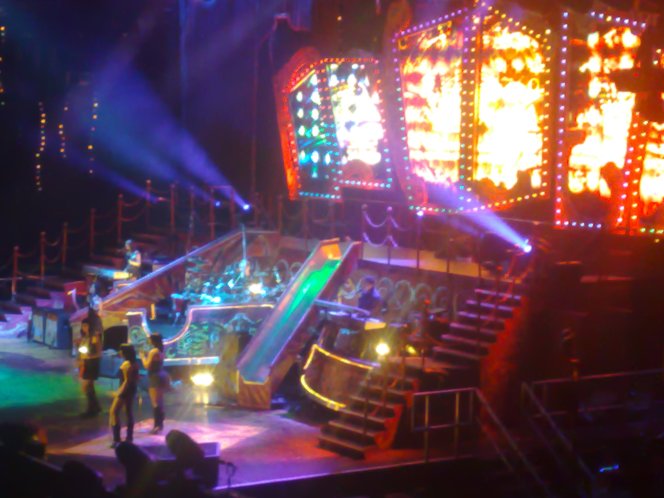 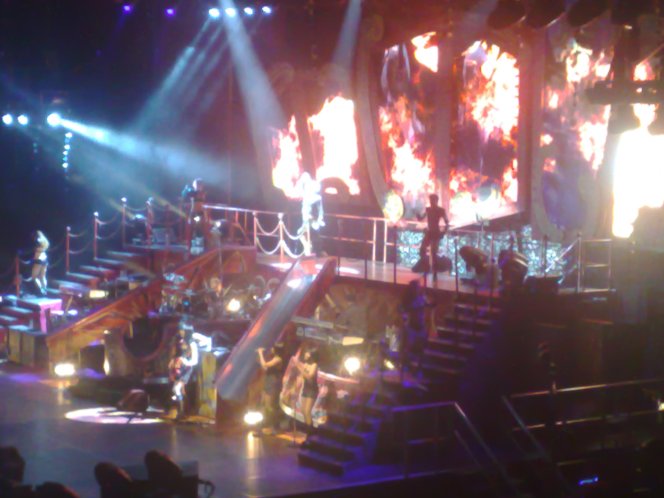 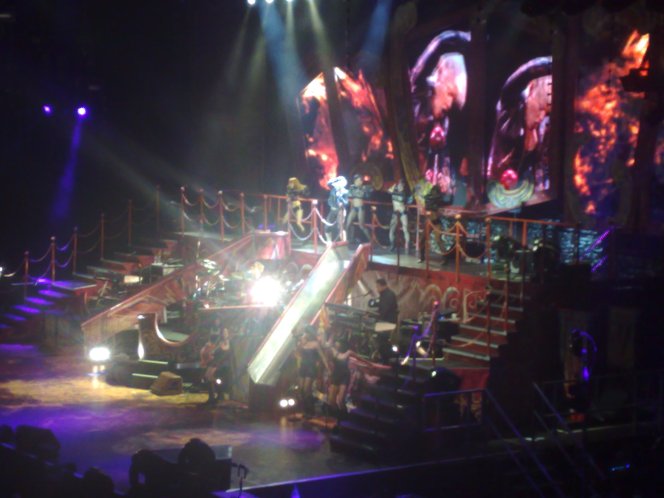 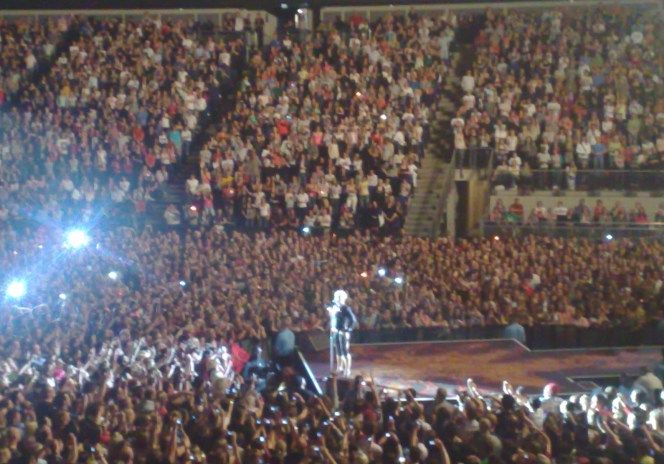 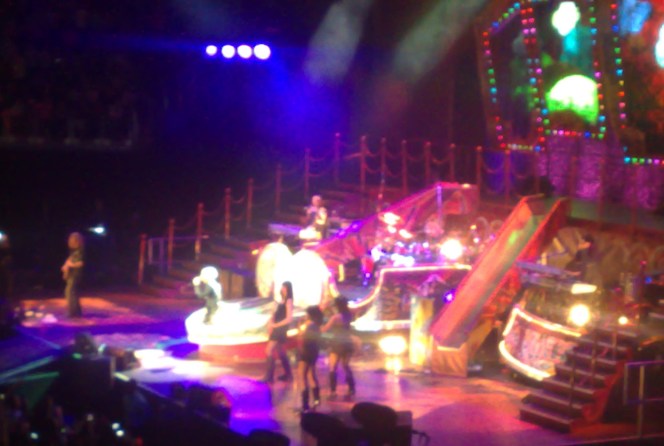 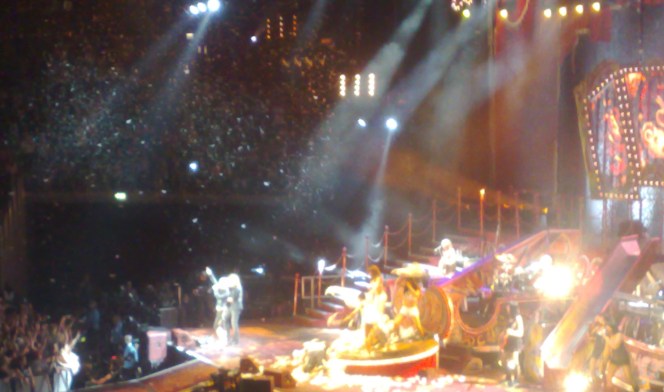 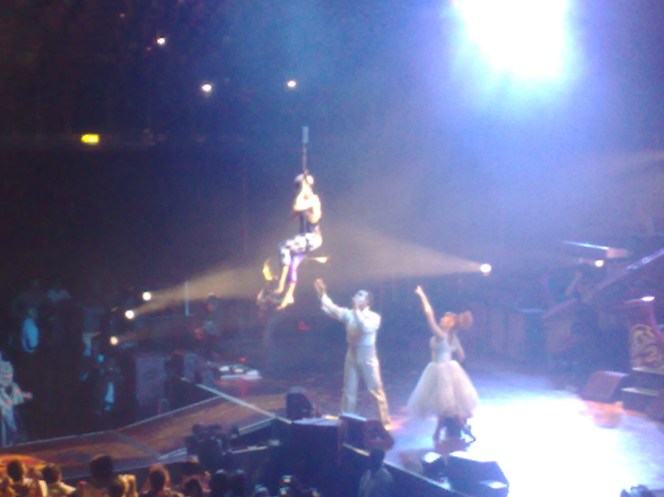 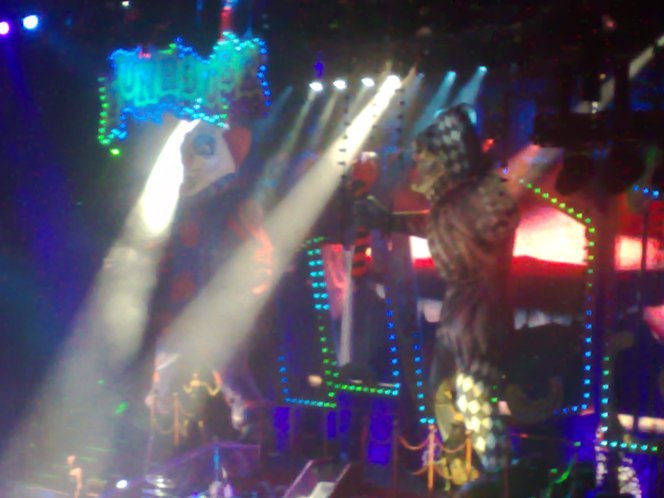 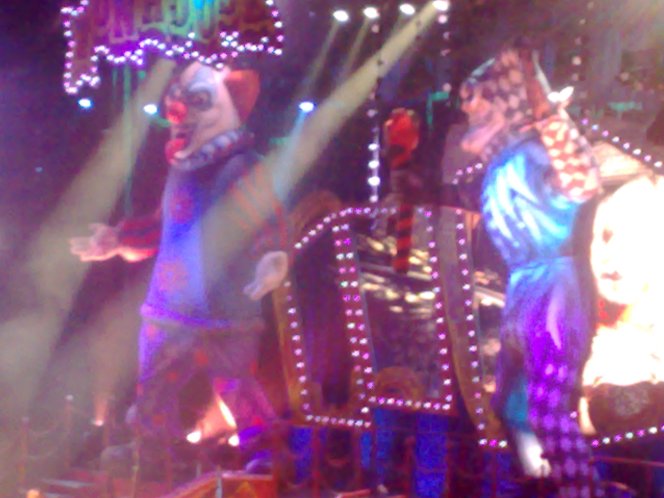 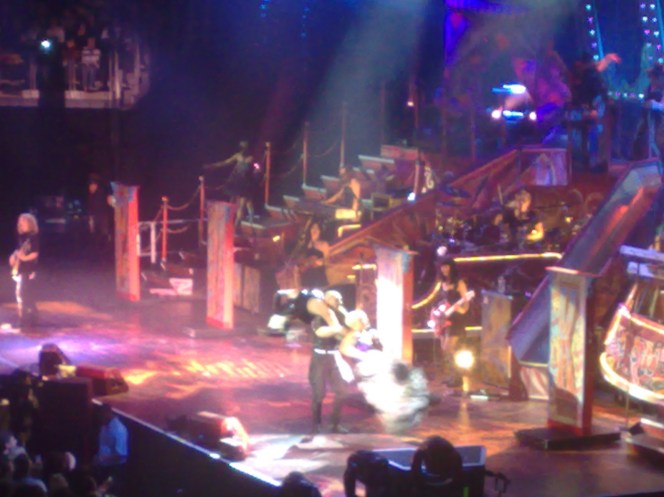 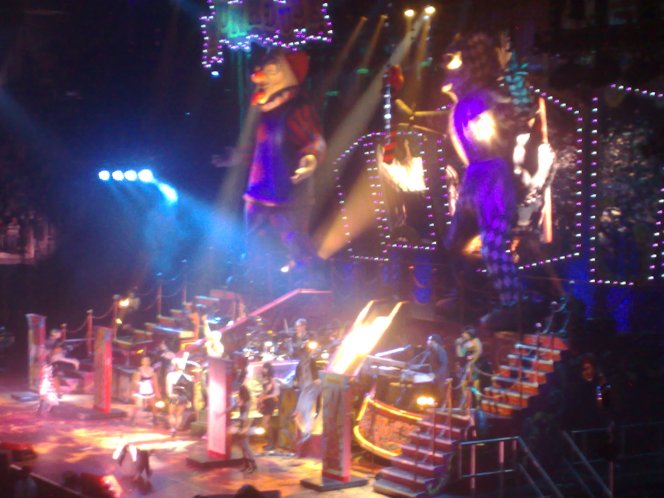 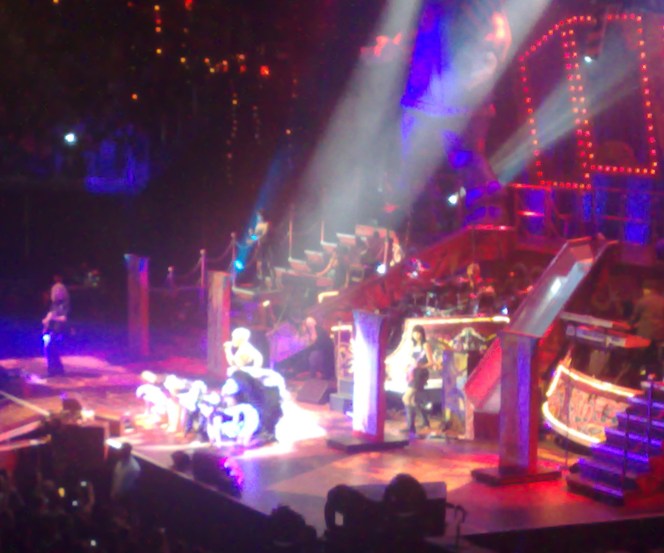 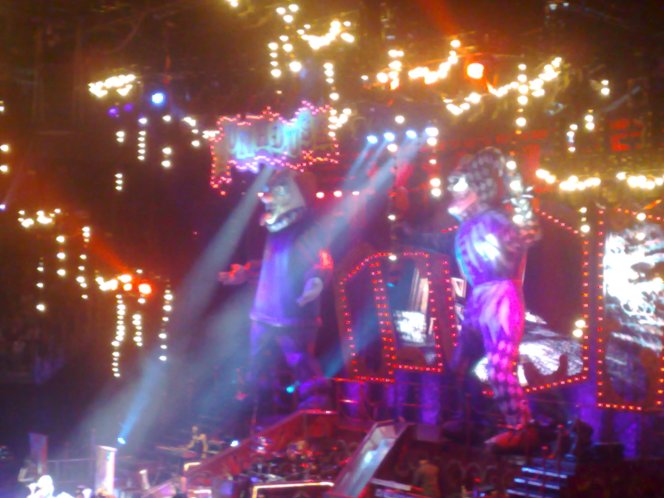 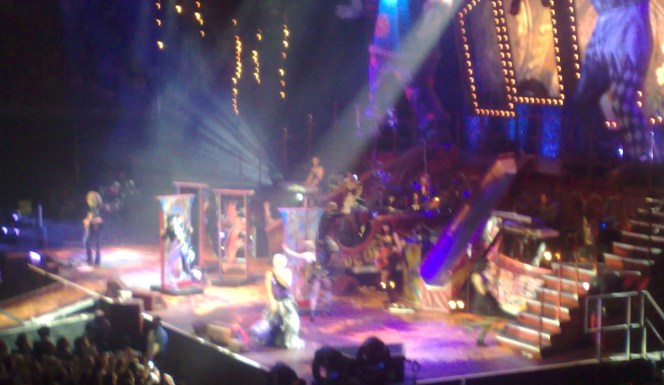 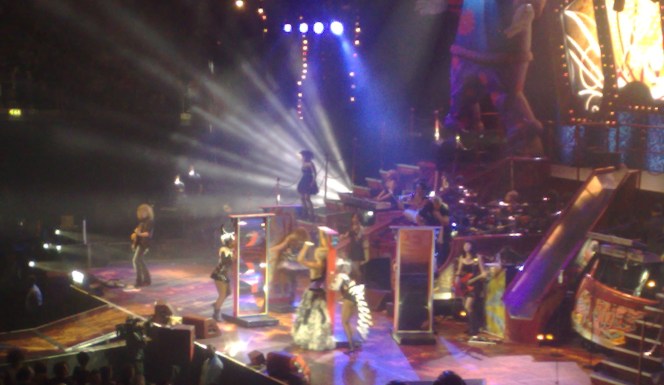 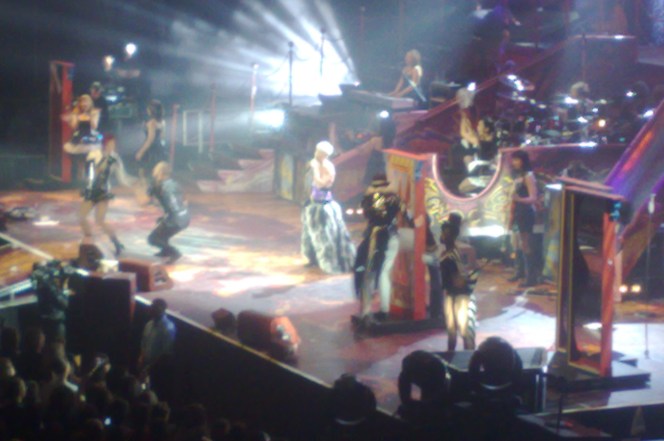 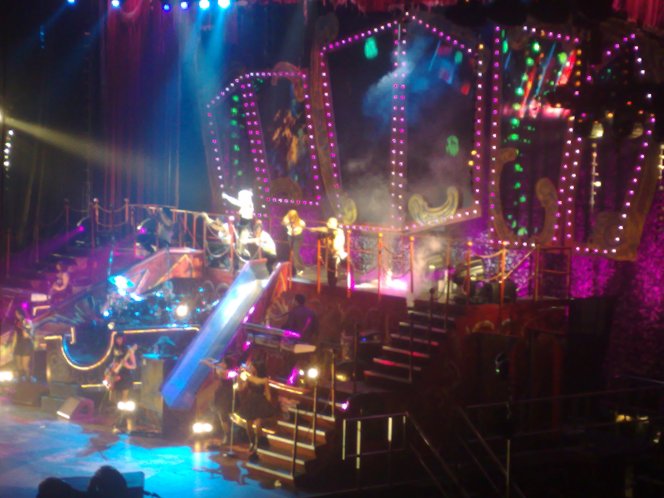 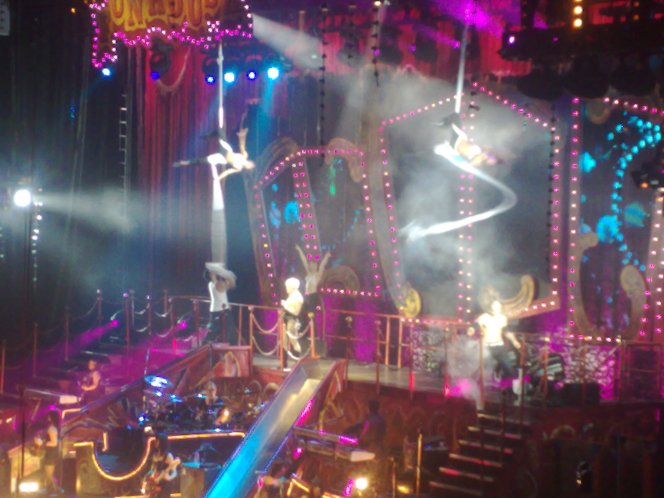 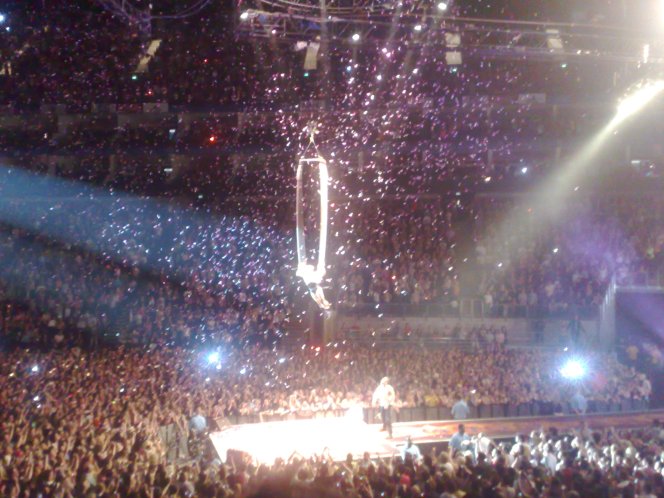 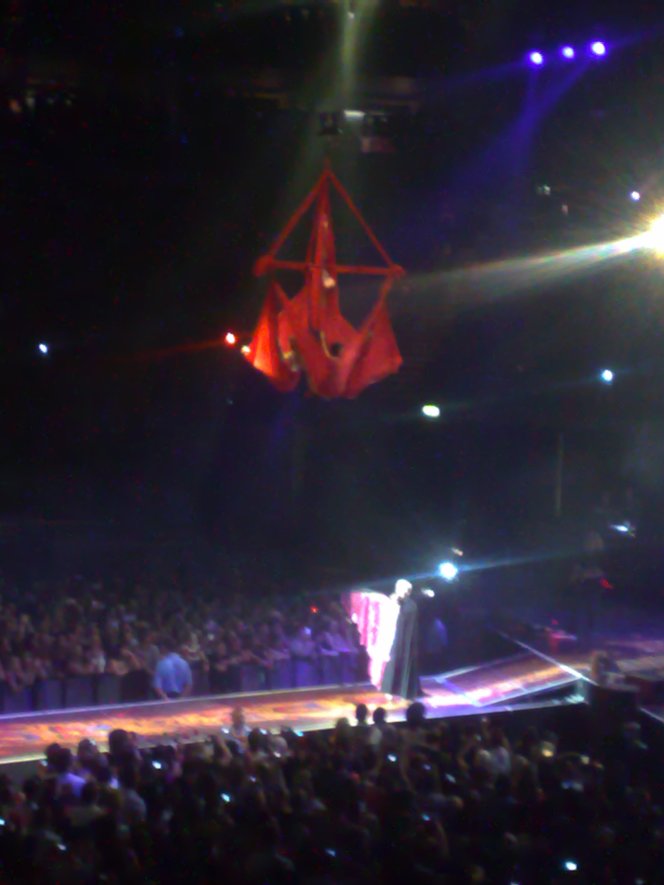 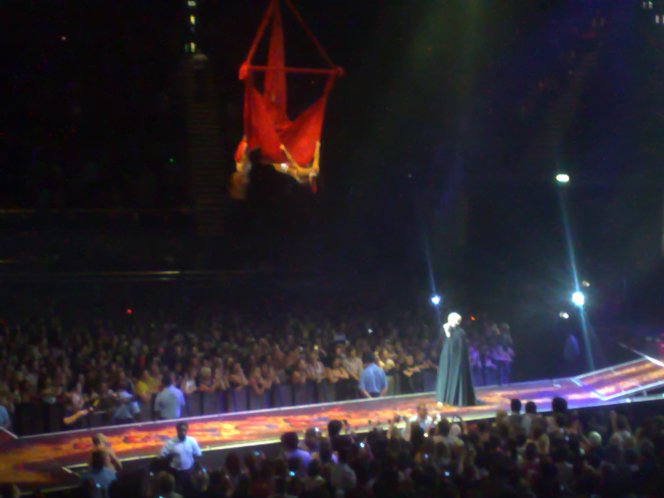 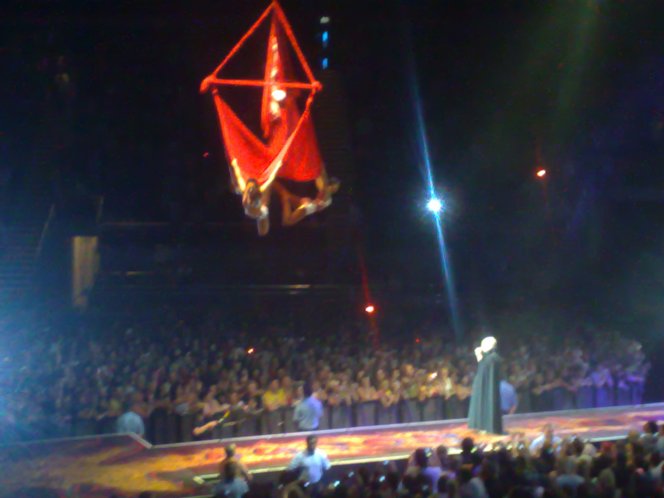 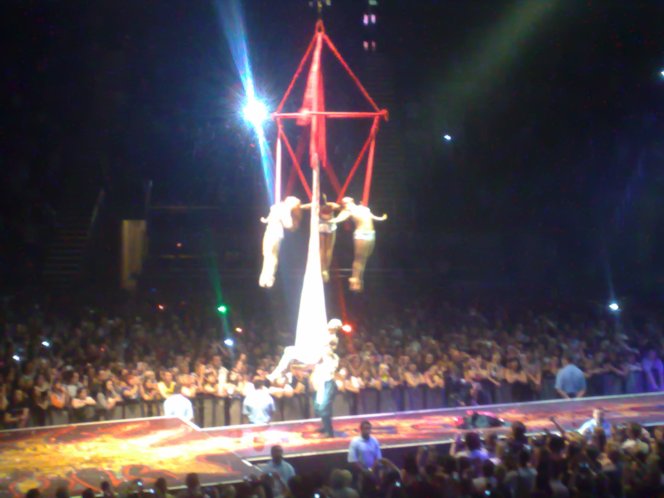 Unfortunately my camera let me down on some of the shots (it doesn’t handle spotlights very well)…. some look awesome, but only on a small screen such as my camera phone… gah!

[NB, I’ve sourced this from Google, and whilst I disagree with the order slightly, my memory as to the correct order momentarily fails me, I can confirm that all the songs below are there!]

“Glitter In The Air”
“Get The Party Started”