OK, OK, OK; I know that this film has been out for weeks now and that pretty much everybody in the world has reviewed it and whatnot; however, I went along to see the film with a group of friends this evening (Mon 1 Sep 08) at the BFI IMAX (the biggest screen in Britain – 8 stories high) and boy-oh-boy, was it worth the wait for the increased cinematic experience! 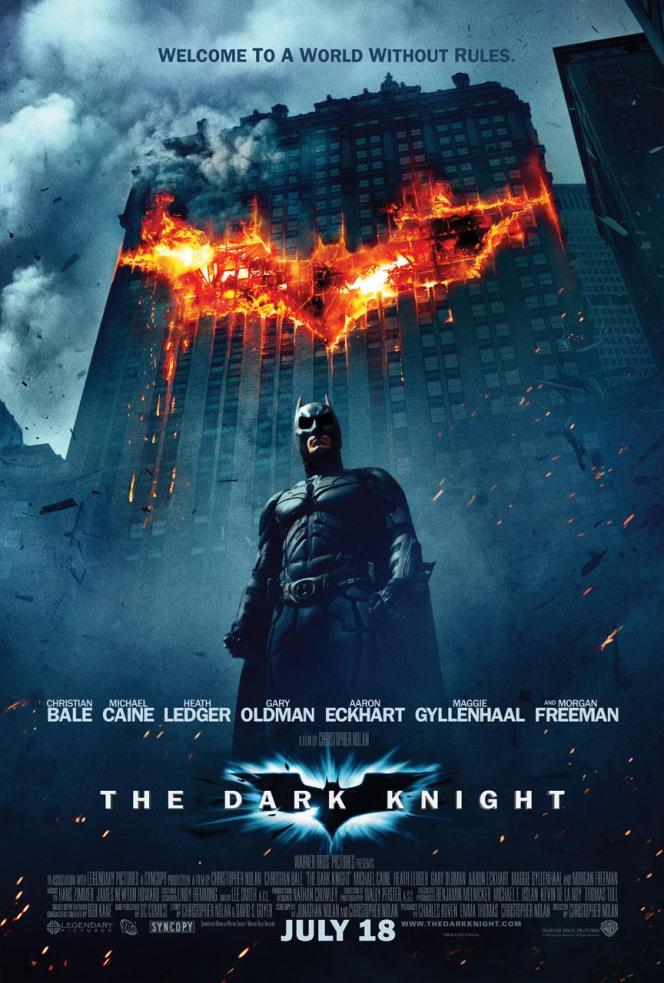 I am going to use just the one word to sum up this movie, and that word is masterpiece.

This film has shot straight to the top of the list of my favourite movies of all-time (well, thus far of course hehe) and, in my opinion, possibly one which could never be topped by any other film to come.

Watching the movie in the IMAX was an absolutely breathtaking experience. All around me there were audible gasps from the audience every time one of the specially filmed city shots was screened – it was truly difficult not to feel dizzy and slightly nauseous at times! The quality of the surround sound was amazing, as were all of the visual aspects and the soundtrack. The film itself absolutely oozes the image of being sexy, seductive and dark, largely through the title and media surrounding it – however this wasn’t just sexy, this was technically sexy! Amazing panoramic views over the Gotham skyline, motors with engines that roared into life, explosions, fantastic camera work and an incredibly rich man with hi-tech gadgets, himself in fantastic Kevlar suit!

The film itself is, for me, pure perfection. If you had to ask me to pick one fault, I would say that I disliked Christian Bale’s voice when he was appearing as Batman, although that was only a mild niggle that I had.

I absolutely loved the story line, so many plot twists and turns that I didn’t see coming. Sure, some of it wasn’t particularly original, however things were done differently from the norm, largely aided by The Joker’s own increasingly unique spin on some of the old Batman clichés, keeping things fresh, edgy and manic. 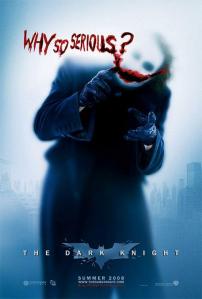 Controversially a 12A certificate in the UK, I frequently found myself hiding behind my hands, the action was that tense and exciting. Some parts were also rather gory, but not necessarily just for the sake of being gory. All of these devices added up to make for one of the most exciting, engaging and terrifying films that I have ever seen.

By the point when the people are trying to flee Gotham by any possible means, I had completely given up on there being any chance of the city being saved. Like the people on-screen, I felt deflated and hopeless. That a film can make me feel exactly what the characters would be feeling is truly remarkable in my opinion. Yes, I knew it was a film, but for once, it seemed that the hero wasn’t going to be able to save the day, such was the magnitude of the situation.

I especially liked, as I mentioned earlier, how the plot twists were so unexpected. For example, on the boats, I really had though that I’d figured out the twist and that whichever boat had detonated, would have blown themselves up as opposed to the other. Sitting there feeling smug and clever, I was very surprised to find that nothing was to explode after all – which obviously was the best resolution, but also made me feel like I’d been fooled again, instantly compelling and spurring me on to try again to stay one step ahead of The Joker and the labyrinth of plot twists that he was creating! This really drew me into the story line and helped me to get behind the characters. 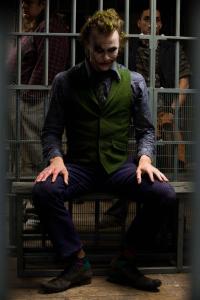 The end of the film was also a rather good one I thought. The fact that things don’t end perfectly are what, for me, make it so endearing. The reasoning behind it is very sound and for once it’s good to see a well thought-out ending rather than the usual ‘super-hero saves the day’ one. I think that the ending of The Dark Knight bodes very well for the next Batman film that Nolan does – another delectable dark sensory feast no doubt!

The quality of acting deserves a mention, with several actors deserving awards, notably Aaron Eckhart as the District Atourney / Two-Face. No review would be a review without mentioning Ledger’s performance – which was absolutely mind-blowingly good. I find him to be on a whole new level to any other actor that I can presently think of, and cannot even begin to compare/relate between Ledger himself or in any of his own roles to Ledger whilst being The Joker. Not since Anthony Hopkins as Hannibal Lecter has there been a villain so terrifying and well-portrayed as Ledger’s Joker. Had the unfortunate not happened, I’m sure that people would still have been calling for him to receive an Oscar for his role in this film, and I for one would definitely add my name to that list! In a way this film has become all about him, however having seen his portrayal, I would conclude that this is deservedly so as I have not seen anything is iconic and memorable as his image as the Joker in many a year.

There simply are no other words for it. For the first time in my life, I have left a movie theatre and not had to words to express how I am feeling – such was the level of my intense excitement and wonderment over it. I am astounded by what I’ve seen. Film-making at a whole new level. I sincerely hope that Christopher Nolan and the team behind this movie get every single award that they’re up for come awards season. 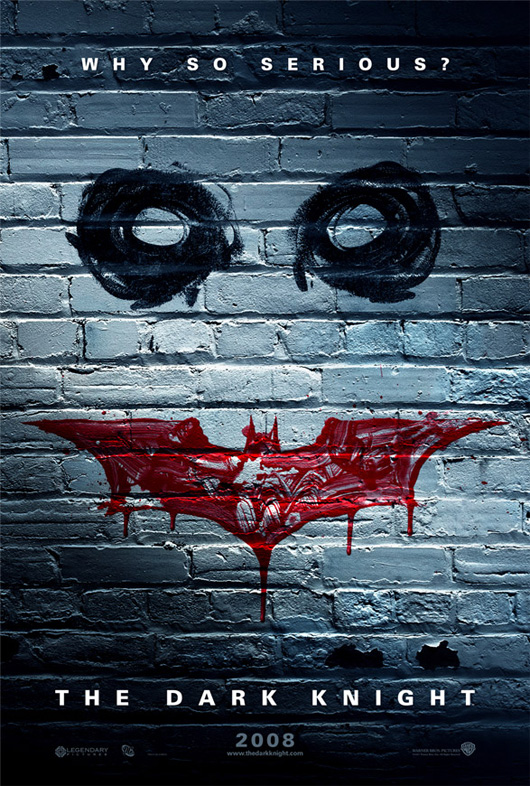 My favourite of the ‘Batman: The Dark Knight’ posters

Should you have not yet been to see it, I heartily recommend that you do. If in London, the BFI IMAX is definitely worth going to – and at £12.50, very reasonable – though seats are going fast!