I am absolutely thrilled to say that I am going to the press conference for Jeff Wayne’s Musical Version of The War of the Worlds, on Friday morning at a very swanky location in Central London.

In attendance, will be Jeff Wayne himself, and we’re promised a ‘MAJOR international star’.

The press conference will also be streamed online, and there is already a MASSIVE amount of hype about it from the fans.

Many people who know me will know that the composer, Jeff Wayne, is an absolute GOD to me heh! Seriously, last week I met Ugly Betty star, America Ferrera, and the magnificent Joanna Lumley, however, being in such close proximity to Jeff Wayne absolutely eclipses this for me!

To confirm my love of Jeff Wayne’s Musical Version of The War of the Worlds (and the original classic novel by H.G. Wells), I feel the below is true:

No one would have believed in the early years of the 21st century that our world was being watched by intelligences greater than our own; that as men busied themselves about their various concerns, they observed and studied, the way a man with a microscope might scrutinize the creatures that swarm and multiply in a drop of water.
With infinite complacency, men went to and fro about the globe, confident of our empire over this world.
Yet across the gulf of space, intellects vast and cool and unsympathetic regarded our planet with envious eyes and slowly, and surely, drew their plans against us.

I found out at 2am on Tuesday morning, and, owing to my sheer excitement, I did not fall asleep until around 05:30 am – it’s a HUGE deal for me 🙂

Working in the industry that I do, I am already aware of a few bits of information, which I think everyone has now grasped (and no, I’m not going to repeat here, just incase, but check out their official facebook), but I genuinely have no idea of who the major international star is – I’m VERY excited to find out! 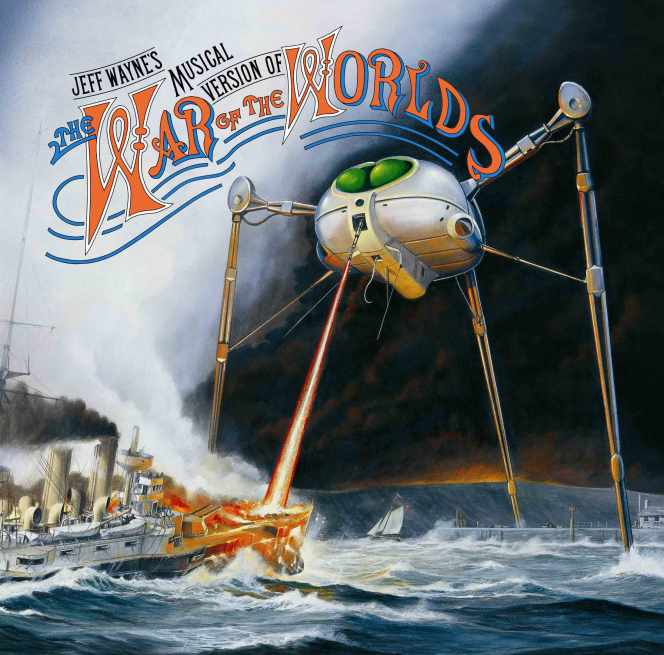 Here’s a taster of Jeff Wayne’s Musical Version Of The War Of The Worlds from the first live tour, back in 2006 (the tours get more spectacular each year!):

… and, here is a YouTube of the 1938 radio play adaptation which was reported to cause panic across America (but which, in actual fact, it didn’t!).