Not going to harp on about this one too much as I’ve already blogged once today, however I have just sat down and watched Britain From The Air : The City on BBC Two. 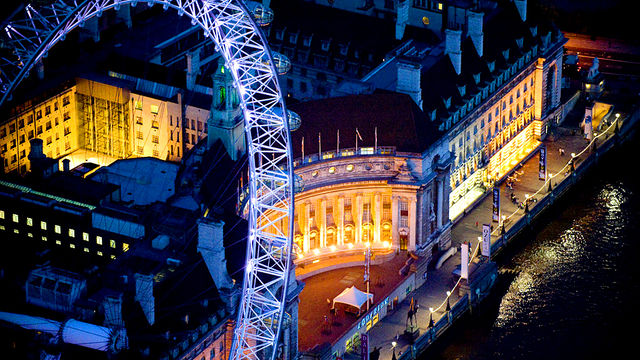 I must say, I was wonderfully impressed!

I have included the details of the show below and it’s iPlayer credentials – I really would suggest that folk take the time to watch this – it’s fascinating! If not for some of the older stuff, but for the images of the new buildings that are soon to grace the skyline of London. I know of quite a few people who, like me, find that the images of London’s skyline used in the BBC series The Apprentice are the best part of the show – this is like a whole 30 minutes of those astounding images!

The show’s website is also rather interactive and fun, and well worth a visit. Their photography section is pure city-scape lover’s heaven and truly worth a visit.

Although not too interested in the first episode of the series (24 Hour Britain) I am sincerely looking forward to the next installment of this series – well done Auntie Beeb!

Britain From The Air : The City (iPlayer link)

Revealing the transformation of Britain’s most important city: her capital, London. Starting with amazing Luftwaffe aerial photographs of the very first bombs of the Blitz falling on a vulnerable city, we track the changes that came out of five years of bombing.

Comparing exhaustive footage of London in the 40s with the city of today, we see how great plans for urban renewal were stillborn and, instead, London rebuilt itself in an ad hoc way along old street patterns.

The only exception to this was the dramatic city that rose from the derelict docklands. Where Canary Wharf had a blank canvas and used it to create an American style grid of streets and huge buildings, the city itself was faced with squeezing ever more bizarrely-shaped buildings into its confused medieval street plan.

The story of a capital that has been transformed from a low-rise, smog-ridden industrial city into an upwardly mobile, rapidly changing hub of leisure, retail and finance.