Last night, I went to the Royal Albert Hall to catch the Royal Philharmonic Orchestra performing a programme of Queen songs, under the banner of ‘Symphonic Queen’. 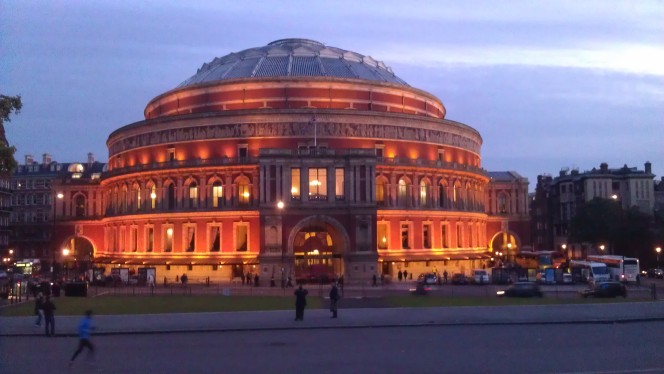 Many who know me will know that I am a massive, massive, slightly obsessive, Queen fan, and have a keen enjoyment of classical music, and so as soon as I saw this concert advertised, I was straight on t’internet to book.

Karl and I had choir seats, and so were sat right by the magnificent organ, looking directly down on the stage, and out into the auditorium. It also placed us perfectly to watch the conductor(s) and have a bit of a giggle at some of the facial expressions… notably when The Queen Symphony‘s conductor, and composer, Tolga Kashif, decided to hop like a rabbit haha!

The entire first section of the performance is given over to the The Queen Symphony, which, if I am honest, did leave me a little lukewarm. The idea behind it is that it’s a swirling jumble of many of the Queen songs, all set within the context of classical music. There were some real highlights, such as the last section, where it all seemed to come together a lot more, and some rather gorgeous chords were inserted into sections of the music that I would not have otherwise expected, and they get huge kudos from me for also using perhaps one of my most favourite songs in the world, Love Of My Life, which often gets overlooked, in my opinion. My main issue with The Queen Symphony was a seeming over-reliance on The Show Must Go On (which I renamed ‘this refrain must go on… again’) and a really scary section around the second third which Karl and I both thought was rather demon-like and as if we were about to be dragged down to the gates of hell… I still, to this moment, am rather unsure as to what songs they were trying to get across, other than Bicycle Race.

It should be noted, however, that I am in no way criticising the RPO or the Brighton Festival Chorus – simply, I am saying that The Queen Symphony piece itself did not excite me as much as I’d hoped that it would, and, for me, despite my knowing a lot of the musical make-up of Queen songs, I struggled at times to link what I knew with what I was hearing.

The Queen Symphony has been rather popular worldwide with the public since it’s birth in 2002, and regardless of the niggles that I had, it was still an enjoyable piece of music, and it was, of course, great to see the actual composer conducting the actual orchestra who originally performed the piece.

The second part of the performance was what I, like many others, had come along for – where the orchestra became somewhat ‘straight’ and just played the songs! 😀

Karl and I had a great little sing-along and it was fun to look out from our vantage point across the audience and see people dancing etc. The RPO and Brighton Festival Chorus (especially!) also seemed to be having great fun, and we kept nudging each other to highlight various members who had really let themself get into it 😛

The encore was a rendition of We Are The Champions, with everyone swaying, arms in the air and singing along… totally our very own version of Land of Hope and Glory / Last Night of the Proms haha!

There was only one part of the second section that I did not like, and that was the use of the trombone on Killer Queen for what is normally the guitar solo. It sounded really grating, and I do feel that they should have stuck with the guitar on this occasion.

Two things that I have learnt from this experience; firstly – the Royal Albert Hall is clearly the O2 for older folk (not necessarily a bad thing, of course!) and secondly – people in the Royal Albert Hall cannot clap in time… at all… it was so out of time, it was actually horrific! heh. Perhaps it was just owing to where we were sat, and the acoustics of the space, as we were technically behind the orchestra. 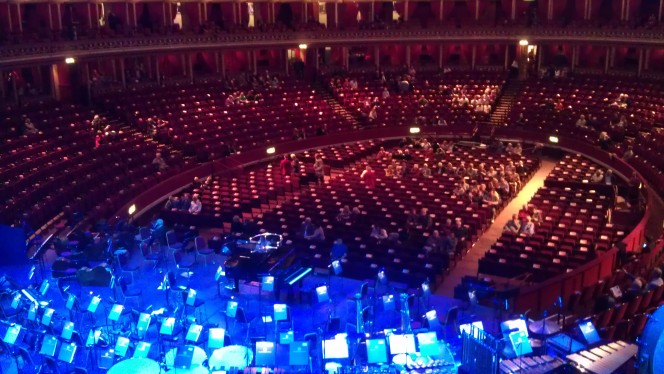 Gents at the RAH, be prepared to run around in a big circle, especially if you’re sat in the East Choir, as the sole set of toilets is right around the other side of the venue, a mammoth trek, and very disorienting when you’re jogging along and everything still looks the same heh.

Going to take in a classical music concert at the RAH is a simply heavenly way to pass an evening, especially after a long, long, day at work. It was fantastic to get to see the Royal Philharmonic Orchestra and Brighton Festival Singers in action, and I’d happily go along to get lost in the folds of their music again!