I am unbelievably excited about the news that there is to be a live show featuring the caped crusader, which will be  hitting UK arenas in the summer of 2011 😀

The below article was filed by Whatsonstage’s Andrew Girvan and tells you everything that you need to know, all sounds jolly amazing! They’re tending to do several nights at each venue.

Tickets go on general sale from Friday, with certain presales occuring on Thursday. Prices range from £20 up to £45 and a booking fee will usually be applicable. 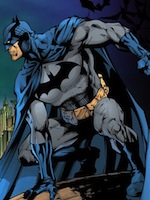 Spider-man will not be the only superhero to have their story brought to the stage, with today’s announcement of Batman Live, a large-scale arena tour which will bring the DC Comics’ character’s adventures to live audiences across the UK next summer.

Although a familiar character to cinemagoers, with string of Batman films gracing the big screen as far back as 1943, the touring production will be the first time the Dark Knight has been seen on stage.

The show, which will feature an original story line, is directed by t whose choreography credits include Mamma Mia!, Sister Act and Bombay Dreams. He is joined on the creative team by co-director James Powell whose previous directing credits include Les Miserables, Mary Poppins and Dirty Dancing.

Opening at Manchester’s MEN Arena on 20 July 2011 and visiting Newcastle, Glasgow, Sheffield, Birmingham, London, Liverpool, Nottingham and Dublin, the tour will end its run at Belfast’s Odyssey Arena with producers hopeful that the production will transfer to North America in summer of 2012.

The live show will feature a number of familiar DC Comics characters with Batman and sidekick Robin, as well as butler Alfred battling against villains such as The Joker, The Riddler, Catwoman and The Penguin. The story will take place in several settings which will be familiar to comic book fans including Gotham City, Wayne Manor, the Batcave and Arkham Asylum all brought to life with “impressive stunts, pyrotechnics, illusions and video screen sequences.”

Batman Live will have circus sequences created in association with Circus Space, the UK’s National Centre for the Circus Arts. Aerialists Juliette Hardy-Donaldson and Bryan Donaldson will act as circus consultants.

The $65 million Broadway production of Spider-Man: Turn Off the Dark, written by U2’s Bono and The Edge, has been beset by problems, which have seen the musical’s opening slip from February 2010 to January 2011. Helmed by Tony Award winning Lion King director Julie Taymor, problems with the production’s two dozen flying maneuvers have seen opening dates for the world’s most expensive musical repeatedly pushed back, in spite of $8 million in reported advanced sales.