I am very very very VERY excited that Warner Bros have finally announced an expected theatrical release date for the hotly anticipated Batman 3 – reportedly the last of the Batman re-tellings to come from Christopher Nolan – July 30, 2012. 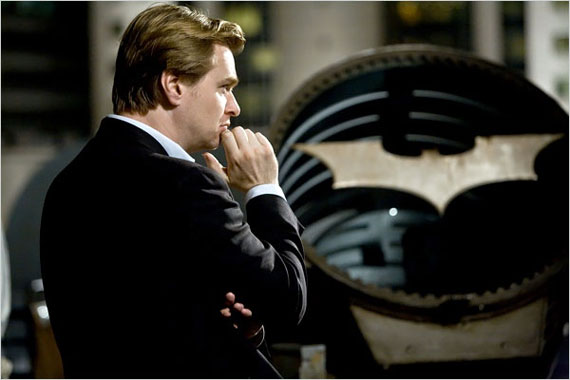 As of yet, the sequel is without name (there’s a rumour of the disappointingly clinical ‘Gotham City’), and most maddeningly, they’ve still not discussed which baddies are likely to be in this one!

Personally, I am really hoping for Penguin, though I reckon Nolan will shy away from another deformed freak, and will likely go for a strong female and couple it with a more obscure villain from the DC comics.

Few characters that I definitely don’t want to see crop up; Catwoman (ugh!), Mr Freeze (what a joke) and I am tentatively saying The Riddler (too similar to The Joker really, though I think David Tennant would be amazing in this role). I’ve been reading some rumours that The Scarecrow may again make an appearance in this third film.

I would really love it if they could find a way to get Johnny Depp and/or Helena Bonham Carter into the sequel as villains somehow (could you imagine an evil duo made up of them?). In my opinion, Tweedledum and Tweedledee would be PERFECT for them! (They’re supposed to be cousins, look and dress alike and are the evil henchmen of the Joker – who is currently imprisoned, so the story still flows!).

I am not particularly adverse to obscure, reinvented or new characters coming into Nolan’s vision of Gotham – given the mind-blowing calibre of his first two Batman films, I’d trust him completely!

How about you lot? Out of all those in the Central Rogues Gallery, who do you want to see up against Batman?

Please vote in my poll (you can select up to 3 villains) and feel free to elaborate on your choice further in my comments section – let’s get some heated geeky discussions going on! 😀