Incredibly gutted to hear this news – HAIR was the best thing to hit the West End in years in my opinion and a show that I blogged about and love(d) A LOT! 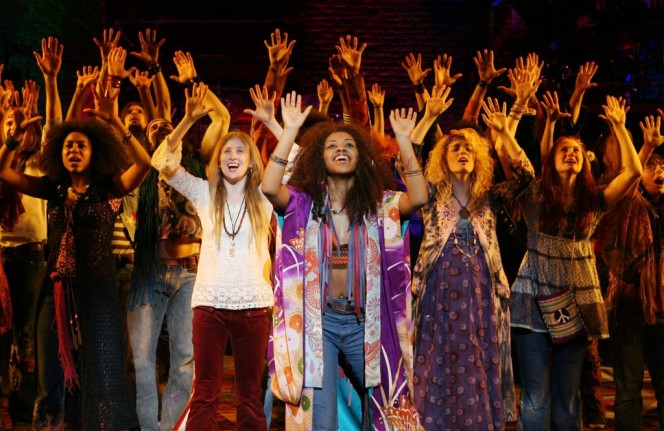 Please click here to read my review of the show, which has proven quite popular in recent weeks.

This song from the show (though admittedly I prefer the 2009 OBC recording) has a lyric that resonates with my thoughts at the moment:

In my opinion, I reckon that some of the problems with this production seem to have been the restrictively high seating charges, what seems to be an unwillingness to embrace an online/youth-friendly online pricing structure (though tkts have been discounting same-day tickets pretty much since day one); which in turn seems to have led to half empty houses after the initial excitement had died down (certainly when I’ve been), and a really unforgivable lack of marketing for the show.

Admittedly, aiming your pricing at a younger audience isn’t going to sustain a show, of course not, however I feel that a midweek pricing model could have helped enhance the show’s wider audience base and brought in more money for the show and helped get more bums on seats.

Such a shame – I don’t think any other show closing has upset me so much!

Thanks to folk on twitter for highlighting, and to some of the various West End Wendys that I know for confirming.