Last night I got caught up in perhaps the most exciting storm that I have seen in my life!

It must have been going on for at least a few hours, as the Harry Potter and the Half-Blood Prince World Premiere was going on outside our office, and all we could hear were screams coming from the crowds (we thought it was for the actors, and not because of the deluges of rain heh!!!).

When I finally managed to fight my way out of Leicester Square, I made it to Trafalgar Square and thought that I’d try and capture some of the storm on film – it was also dark outside, and deserted, very eerie!

Therefore, it was with the best of intentions that I hit record on my camera… only for the rain to suddenly start coming down incredibly fast…. the vimeo clip below captures the whole thing heh! I like my accidental comedy squeals!!

After sheltering in the alcove next to the toilets in Trafalgar Square, I happened to look up at Gormley’s fouth plinth, and I felt SO sorry for the woman who was stood on the plinth seeing out her hour… here she was, in a thunder and lightning storm, next to Nelson’s column and without any protection… although she must have had an enviable view… she must have been slightly scared/annoyed heh!

Speaking of the thunder and lightning, it was absolutely awesome! There were flashes of lightning and huge rumbles of thunder that were coming every fifteen seconds or so, I have genuinely never heard thunder claps with so little time between them!

I then found myself stuck on the Hungerford footbridge whilst a second deluge came down, and you could actually see the storm clouds hovering over London, it was AWESOME!

I took a few pictures, and I think that one of them looks not too dissimilar to Iron Maiden’s ‘Brave New World’ cover, what do you think? 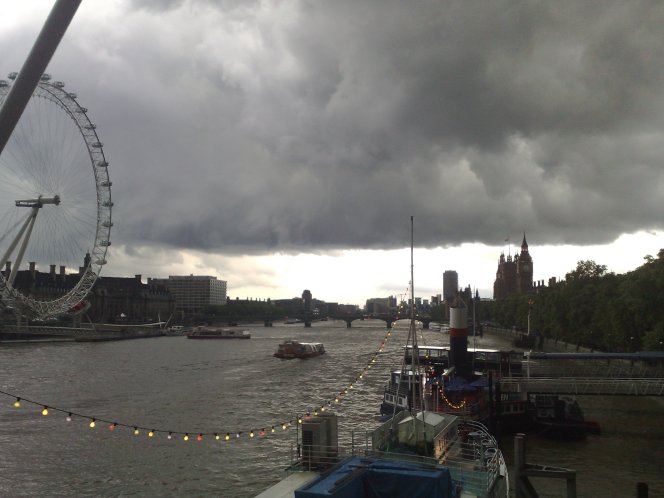 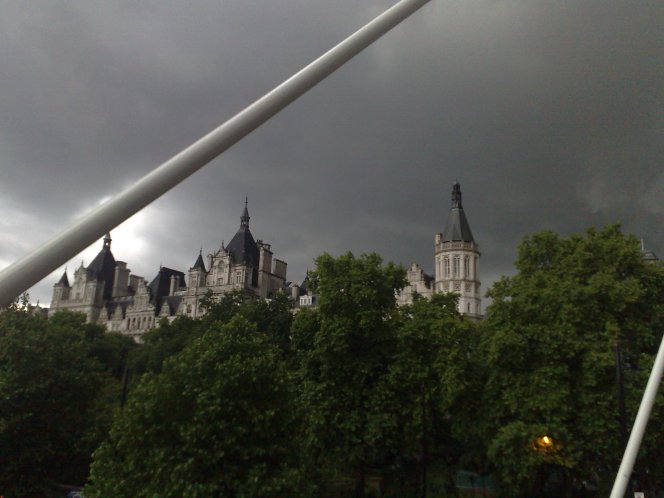 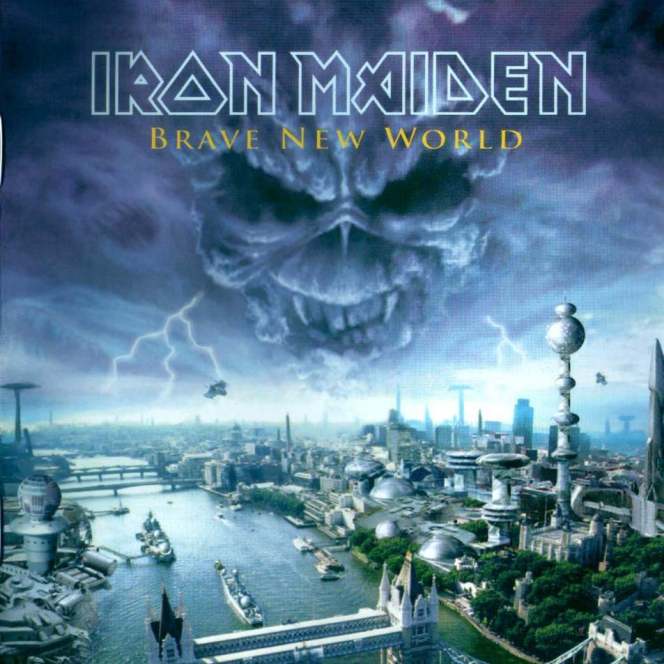